Daily Caller–President Biden followed through on two major campaign pledges in his first 48 hours in office, and Alaska’s bright energy future dimmed significantly as a result.

The first executive order (EO) halted development of the 1002 area of the Arctic National Wildlife Refuge (ANWR). The second order from the Department of the Interior places a 60-day moratorium on new development of oil and gas on federal lands. Unfortunately, these are just the opening salvos of an all-out attack on Alaska’s energy workers, their families and the cornerstone of our state’s economy.

With vowed actions to further limit development on federal lands and waters, to forcibly transition from traditional energy sources to “green” ones, and inflict Alaskan households with tens of thousands of dollars in increased costs under Green New Deal-like policies, the Biden administration is already showing it isn’t going to be friendly to Alaska.

For want of a rider, Senator Murkowski, the message was lost. For want of a message the battle was lost. … And all for the want of a horseshoe nail. “For Want of a Nail” is a proverb, having numerous variations over several centuries, reminding that seemingly unimportant acts or omissions can have grave and unforeseen consequences. 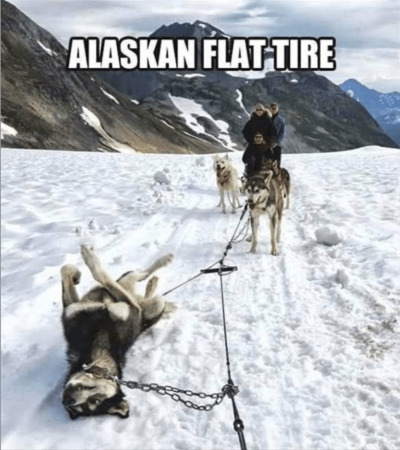