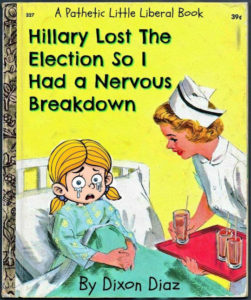 Here’s a suggestion for what to get your Liberal Democratic friends and relatives who just can’t get over Donald Trump’s victory. 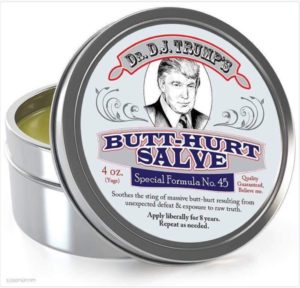 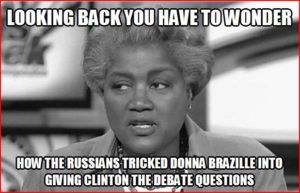 You know those crazy Dems, never let a good slogan, or a good crisis,  go to waste. 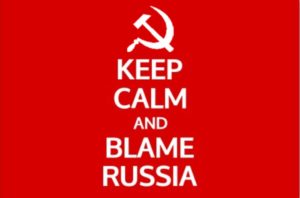 So what is this Keep Calm and Carry On thing all about then?

With a bold coloured background, the posters were required to be similar in style and feature the symbolic crown of King George VI along with a simple yet effective font. The first two posters, ‘Your Courage, Your Cheerfulness, Your Resolution will Bring Us Victory’ and ‘Freedom is in Peril’ were produced by His Majesty’s Stationery Office (HMSO).

John Podesta is having a hissy fit in today’s WashingtonPost’s venting, “Something is deeply broken at the FBI“.  He spews,

The more we learn about the Russian plot to sabotage Hillary Clinton’s campaign and elect Donald Trump, and the failure of the FBI to adequately 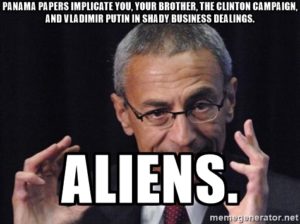 respond, the more shocking it gets. The former acting director of the CIA has called the Russian cyberattack “the political equivalent of 9/11.” Just as after the real 9/11, we need a robust, independent investigation into what went wrong inside the government and how to better protect our country in the future.

Well, John, compared to your previous job description and duties, it’s obvious you have way too much time on your hands. I suggest two possibilities to help you fill the empty hours: 1) Download ‘Tinfoil’ hat construction techniques and begin practicing, and 2) Start on that great American novel you have always 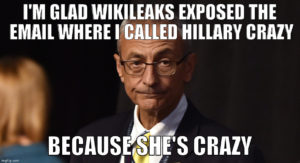 yearned to write. Call it, “The Siberian Candidate – How Donald Trump with the Help of Vlad Putin and the KGB Stole the Election From My Boss, Hillary Clinton, Who was Entitled to be the First Woman President of the United States, but that misogynist Donald Trump Grabbed Her By the Emails (I mean Femails) and Kept Her (Us) From Our Destiny.”

Or,  you could just ‘effing suck it up, John.

Paul Ryan.  You’re like a fine wine, but don’t forget that wall…. Because we won’t.

Thank you Mr. President. You help saved the GOP from themselves. 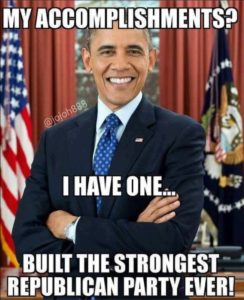 How does that old ‘saw’ go? The chia is always greener on the other side of the aisle? 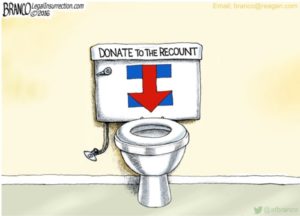