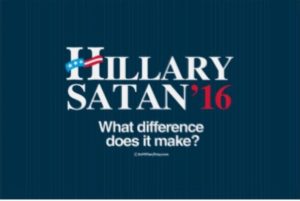 From the Washington Times we find that, “Hillary Clinton failed to report several hacking attempts, grew afraid of opening emails“.

Former Secretary of State Hillary Clinton’s use of a secret email to conduct official business broke a number of department policies, an inspector general

concluded in a report sent to Capitol Hill Wednesday that also suggests she used the account to try to hide her communications from the public.

The 83-page report, obtained by The Washington Times, is devastating in its evaluation of Mrs. Clinton’s behavior, saying it can find no record of her getting approval from either security or legal staffers for her unique arrangement. The report also undercuts many of her campaign’s explanations for her use of the system, dismisses comparisons to her predecessors’ email use, and points to repeated hacking attempts that she failed to report.

Especially if the Art is Muppet characters and the Life is Hillary Clinton and Bernie Sanders. Miss Piggy is a dead ringer for Hillary and Conrad Waldorf nails the “Bern”. 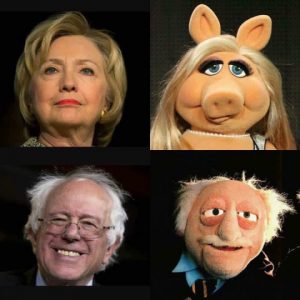