Janis Joplin – “Piece of My Heart”

I’ve heard of “Cookies and Cream” ice cream, but “Wings and Cream”…? Not so sure about that.

I’m sure you saw the post “California’s Newest ‘Illegal Immigrant’ Scourge“, in which eating nutria, a giant semi-aquatic 20 pound rodent, was proposed as a good method controlling the invasion.  Now we have another invasion going on in Florida which needs some ‘eating on’ according to the Orlando Sentinel’s article, “Chicken of the trees: Eating Florida’s iguanas“.

The Fort Lauderdale resident and native Trinidadian considers eating iguanas to be a way of life. Growing up, Asson learned to roast the island critters at roadside and backyard gatherings. Iguana is a staple in the Caribbean, where the reptiles are a native species and are known as “pollo de los árboles,” or chicken of the trees. Their meat contains more protein than chicken, and members of some cultures believe it has medicinal properties.

Now that the summer heat is here, these pesky iguanas gather and infest neighborhoods all over South Florida “knocking out power, wrecking gardens, weakening sea walls, getting into plumbing and attics, defecating in pool and causing parasites in pets. They also carry salmonella, botulism.” 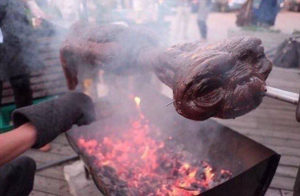 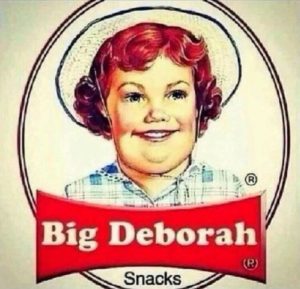