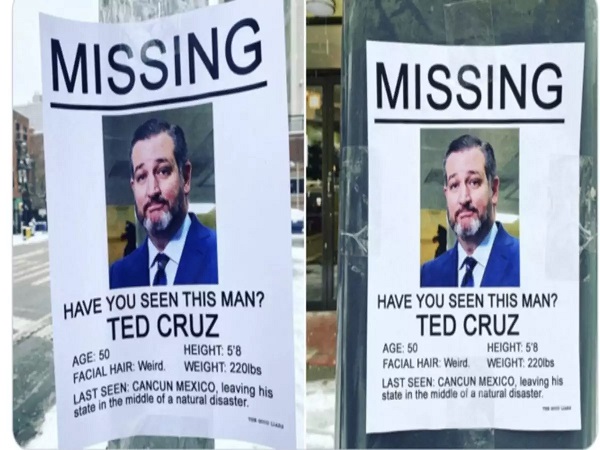 Darwin notes that politicians are generally known for the size of their genomes rather than their intellect. As for the self-awareness genome… ask Ted Cruz if he considered how his constituents might view his trip to Cancun while they were getting $17000 electric bills and still freezing. 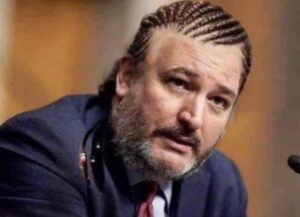 The New York Times — As millions of Texans shivered in dark, cold homes over the past week while a winter storm devastated the state’s power grid and froze natural gas production, those who could still summon lights with the flick of a switch felt lucky. 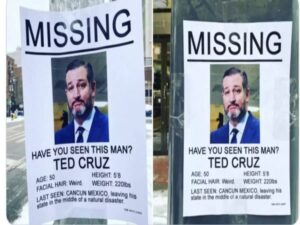 Now, many of them are paying a severe price for it.

“My savings is gone,” said Scott Willoughby, a 63-year-old Army veteran who lives on Social Security payments in a Dallas suburb. He said he had nearly emptied his savings account so that he would be able to pay the $16,752 electric bill charged to his credit card — 70 times what he usually pays for all of his utilities combined. “There’s nothing I can do about it, but it’s broken me.”