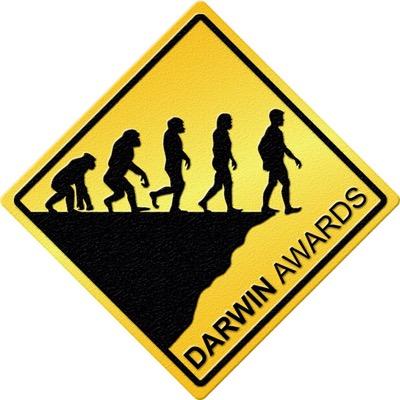 Darwin chortles heartily about the dude that shot himself in the ol’ genomes who, by happenstance, was ‘very personally’ carrying  methamphetamine  and marijuana.  That fact, which just happened to slip his mind, until drumroll, please…. the ‘package’ coincidentally slipped out of his anus during surgery. The Wenatchee World reports this shit show, “Trouble snowballs for man who shot himself.”

A convicted felon accidentally shot himself in the genitals last month at an apartment in Cashmere. His problems didn’t stop there. 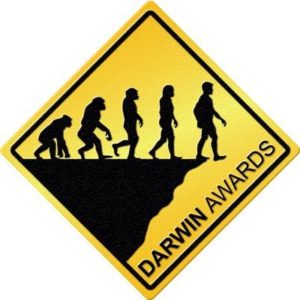 [Darwin’s red-headed stepchild, who shall remain nameless] had a pistol tucked into his front pocket April 5 when the gun discharged, sending a bullet through his testicles and into his thigh….

As doctors and nurses performed surgery at Central Washington Hospital, a balloon containing marijuana slipped out of his anus, the affidavit said.

Chelan County sheriff’s detectives were notified that Wilson had suffered a gunshot wound and then responded to the hospital. They searched the car and found a bag of methamphetamine inside a pair of blood-stained jeans he’d taken off before entering the hospital.

**Should have been a “Florida Man” story.