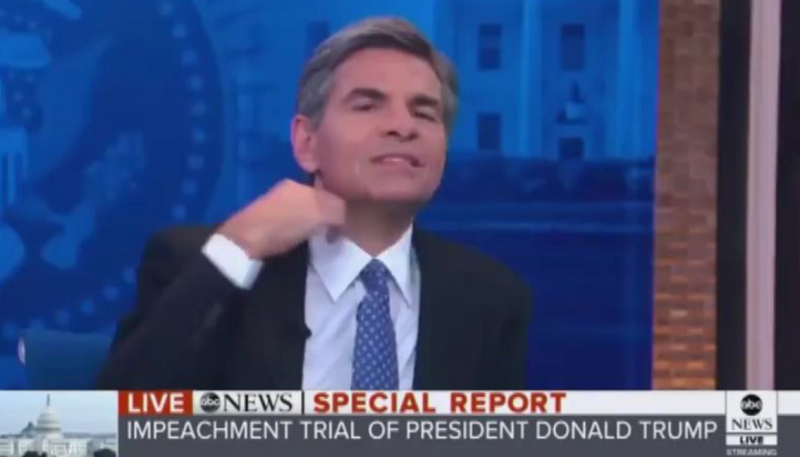 Watch the look on Stephanopoulos’ face and tell me he doesn’t despise everything Trump. 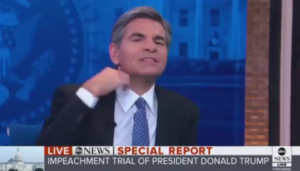 ABC news anchor George Stephanopoulos made a throat-slitting gesture to cut away from Trump lawyer Jay Sekulow during live coverage of the Senate’s impeachment trial Thursday.

Shortly after 3 pm Eastern this afternoon, @AoSHQ noted Stephanopoulos was shown on camera making the slit-the-throat "kill" gesture to cut away from Trump lawyer Jay Sekulow taking press questions. These guys are NOT going to like hearing the Trump side of this trial. pic.twitter.com/5QazRGHosV