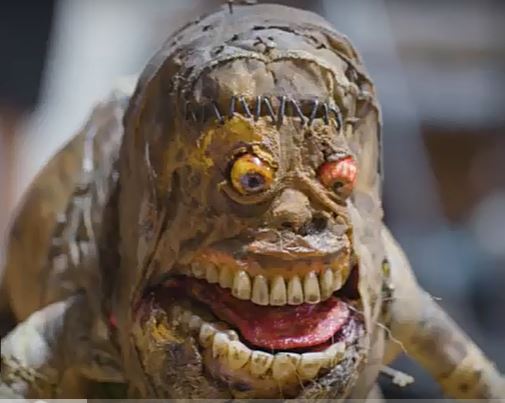 You judge, but do watch. His project is wonderful.

Phil Tippett has spent a lifetime in the film industry, working as a model-maker, visual effects supervisor, director and stop-motion animator.

He’s been involved with big-name productions such as Star Wars, Jurassic Park, and RoboCop among others. But his real passion lies in handmade stop-motion animation. For over 30 years, Tippett has been working on an incredibly detailed film called “Mad God”. He describes it as being set “in a Milton-esque world of monsters, mad scientists and war pigs.” Amazingly, each character is painstakingly constructed by hand from foam, clay, latex and wire. Despite all the arduous toil, Tippett sees “Mad God” as a form of therapy and a way to reconnect with a time when special effects and animation were all done by hand.