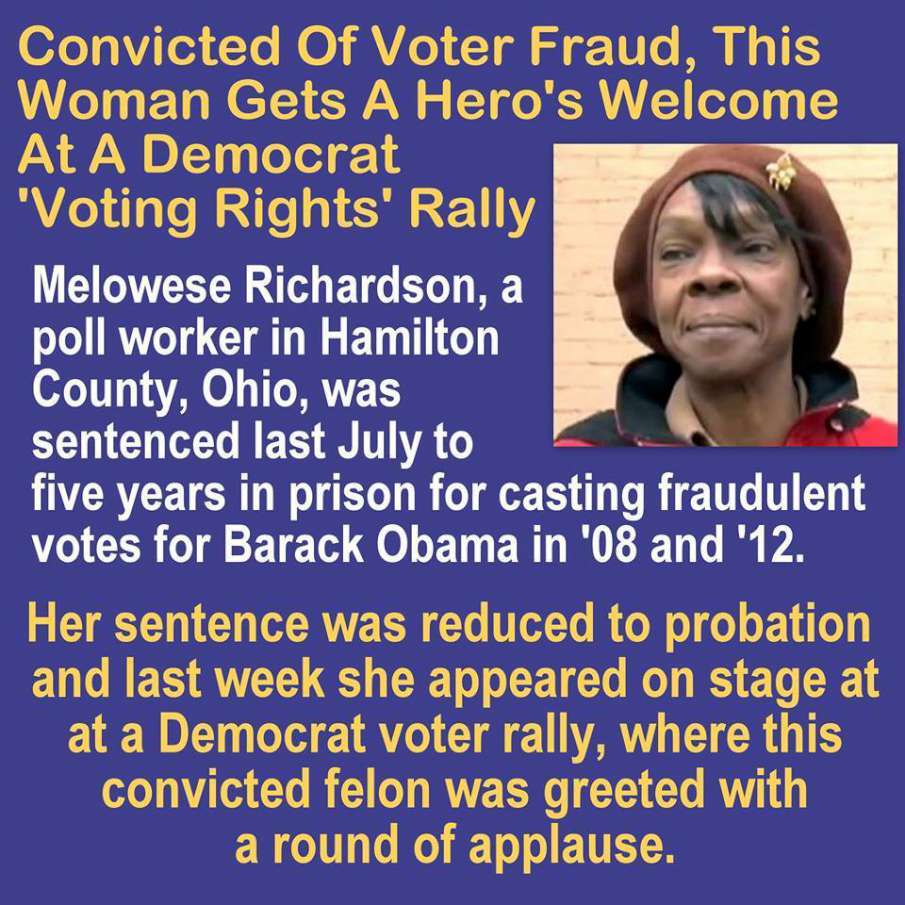 According to the Daily Caller, this felon, also a “Six-time Obama voter[’s] group received Obama administration grant“. Free money, in other words. 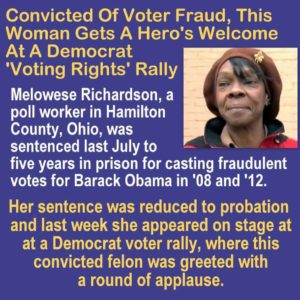 Melowese Richardson admitted in 2013 to voting six times for Obama’s re-election while working as a poll worker in Hamilton County, Ohio. Initially convicted on state voter fraud charges and sentenced to five years in prison, Richardson served eight months before the George Soros-funded Ohio Justice and Policy Center helped lessen her sentence to probation. Richardson appeared last week at a rally with some Ohio Democrats and Al Sharpton, who publicly gave her a hug.