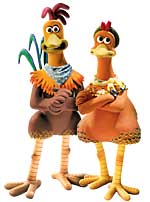 The Chicago Tribune reports that we “may” have inadvertently learned the 75 year old secret of  Colonel Sanders magic chicken elixir.  In the Tribune article,  “KFC recipe revealed? Tribune shown family scrapbook with 11 herbs and spices“, they report.

So many stories have been told about Colonel Sanders and his Kentucky Fried Chicken, it’s impossible to know where the truth ends and the fiction begins.

This is one of those stories. A mix of memory, mystery and a pinch of “what if?” It involves one of the best-kept culinary secrets of all time, and the man who’s arguably the original celebrity chef.

Long story, short. The author of this article gets to see the family scrapbook, and behold. 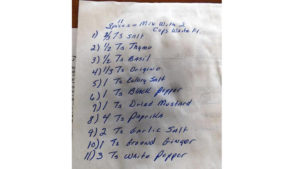 But what I’m really interested in is the handwritten note on the back of the document. At the top of the page, in blue ink, it reads, “11 Spices — Mix With 2 Cups White Fl.” That’s followed by an enumerated list of herbs and spices. Eleven herbs and spices. And the measurements for each.