Each of these three fling their own special brand of poop. You have the diarrhea of the mouth type, the extremely constipated shriveled form, and then you have your explosive projectile spewing type. 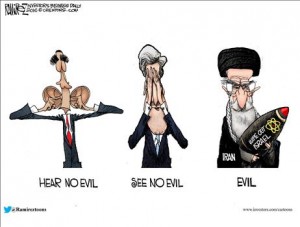 From Vox, “Heidi Cruz and Melania Trump: 6 stories to read about the women at the center of Wifegate“.

This week, the two leading Republican presidential candidates spiraled into a hypermasculine feud over each other’s wives.

Donald Trump responded to an attack ad in support of Ted Cruz that used a nude photo of Trump’s wife, Melania, with a vague threat to “spill the beans” about Cruz’s wife, Heidi.

The Facebook attack ad, targeted at Utah’s conservative Mormon base before Tuesday’s primary, was sponsored by Make America Awesome, a Super PAC supporting Cruz. It used a photo from a GQ spread with the caption, “Meet Melania Trump. Your Next First Lady. Or you could support Ted Cruz on Tuesday.”

This mashup is from the Washington Free Beacon.  Who’s the real leader here?  Clue.  It’s not the guy in the suit.

Cliff’s associate postman, John Kasich, needs to understand that he will never, ever, never get his mail at 1600 Pennsylvania Ave NW, Washington, DC 20500. 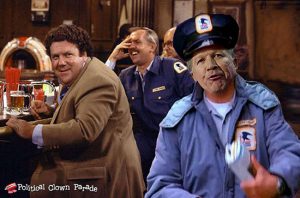 I’m planning to assault some windows this weekend.  Do you think my weapon of choice has got what it takes to achieve victory. 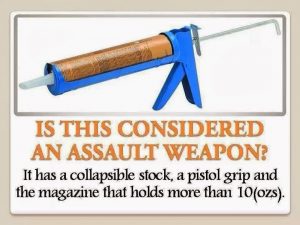 Unless you are a Liberal President that can’t find one thing right about America.  Read what Michael J. Totten has to say about Mr. Che Guevara, “The Truth About Che Guevara“.

Che Guevara has the most effective public relations department on earth. The Argentine guerrilla and modern Cuba’s co-founding father has been fashioned 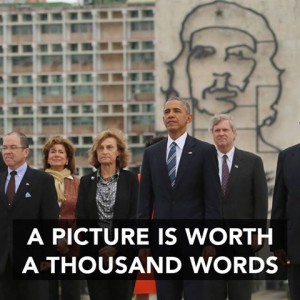 into a hipster icon, a counter-cultural hero, an anti-establishment rebel, and a champion of the poor. As James Callaghan once put it, “A lie can be halfway round the world before the truth has got its boots on.”

The truth about Che now has its boots on. He helped free Cubans from the repressive Batista regime, only to enslave them in a totalitarian police state worst than the last. He was Fidel Castro’s chief executioner, a mass-murderer who in theory could have commanded any number of Latin American death squads, from Peru’s Shining Path on the political left to Guatemala’s White Hand on the right. 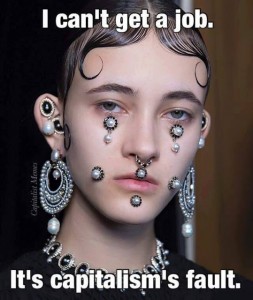 What do you think happens when the terrorists know they are invincible from 9:00pm in the evening to oh, say, 05:00 in the ‘effing am?

From the Washington Post, “Bomb attacks show how Belgium became an incubator of terror“.

The Belgian police have also been hampered by bizarre rules. According to Belgian Justice Minister Koen Geens, just two days after the Paris attacks 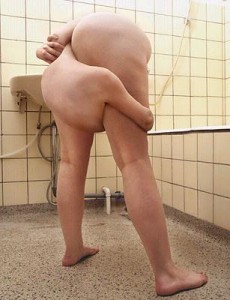 Abdeslam was “likely in a flat in Molenbeek.” But because of the country’s penal code, which prohibits raids between 9 p.m. and 5 a.m. unless a crime is in progress or in case of fire, police were ordered to wait until dawn to pursue him. By then, Abdeslam was nowhere to be seen.

Just when you think this Presidency can’t get any more bizarre, Obama decides to do the tango while the Brussels Tangos try to blow up the city.  Is that poor optics, or is that poor optics?