This fine group of couch dwellers are test spuds participating in a project to determine how long it will take robots to take over the world.  Looks as if it has already been determined that the robo-usurpers weapon of choice is the French fry and 2 liter pop. 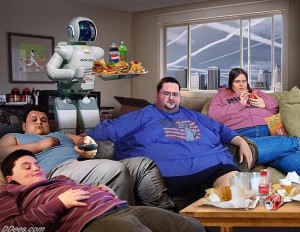 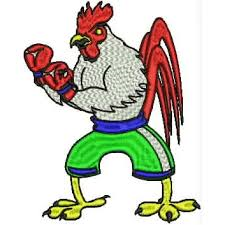 Blink twice if you agree… 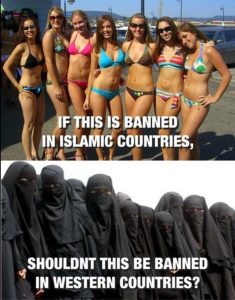 **tacky reference to the fact that only the eyes are visible in one of the groups. The other group, not so much. I would hazard a guess that no one even noticed that they had eyes. Just sayin’.  And just askin’.

“Think your cat is plotting to kill you? Scientists say you could be right“, asks The Mirror.

New research claims that despite looking cute and harmless, the sparkle in your beloved cat’s eyes might is probably their killer instinct.

Researchers from the University of Edinburgh looked at the character traits of domestic pet cats and compared how similar their behaviour is to wildcats and big cats such as lions.

The study found that the different breeds had the same strong characteristics related to dominance, impulsiveness and neuroticism.

Darwin notes that the little furry fucks will gladly sacrifice one of their nine lives to get you.

From the NY Post, “Runaway military blimp crash-lands in Pennsylvania“.

A military surveillance blimp worth more than $1 billion crash-landed in central Pennsylvania on Wednesday just hours after it broke loose from its tether in Maryland.

The crash took out power to a nearby school.

The unmanned aircraft, one of two JLENS, or Joint Land Attack Cruise Missile Defense Elevated Netted Sensor Systems that have been surveying the East Coast, came detached around noon while hovering at an altitude of 16,000 feet, according to the Baltimore Sun.

Students at Columbia-Montour Area Vocational-Technical School in Bloomsburg, Pa. tweeted that they saw the blimp go down near the school.

“It knocked out the power. When we went outside it was going down on the other side of the building,” tweeted Fisher P. Creasy, a student who posted a video of the blimp around 1:30 p.m.

“Omg literally crying that a `lost’ blimp crashed into our power source and gave us a power outage,” wrote Darian Brenner.

Not even atrial defibrillation can get Jeb’s heart back in this campaign. 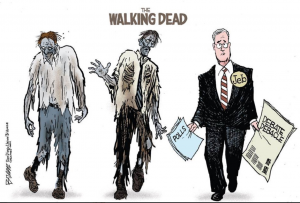 Do you think that this woman would get invited to the White House if she complained about being searched by Homeland Security??

Her “bag” is at least as appealing as “Clock-boys” bag of parts. 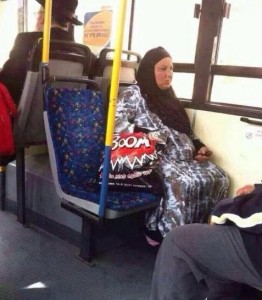 Never, ever, go into an elevator.  In fact never, ever, ever take the stairs.  One story, that’s it.  No basements.  No attics.  Maybe no closets.  Armoires are definitely out.  Not sure about heavy draperies, but ‘prolly’ not them either.

Who would have thought that ISIS consisted of a bunch of toady wine snobberies?? 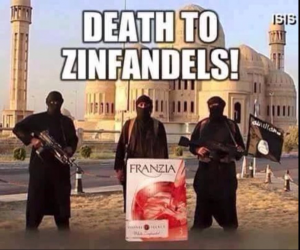