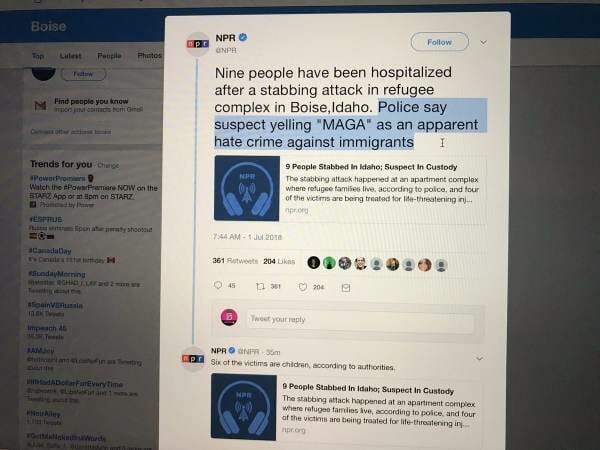 Nine people were injured overnight during a mass stabbing spree at a home for “refugees” in Boise, Idado, of all places. Though leftists were quick to try to blame Trump for “anti immigrant rhetoric”, it turns out that the stabber had nothing to do with Trump or any white supremacist groups. In fact, the stabber is a black dude with a prior criminal past who is from LA.

If you had any class as a news organization you really would issue and apology and a retraction for your earlier tweet accusing Trump supporters of this terrible deed. Deleting by itself on a mistake this significant doesn't cut it. pic.twitter.com/U6EQYqC2Ta