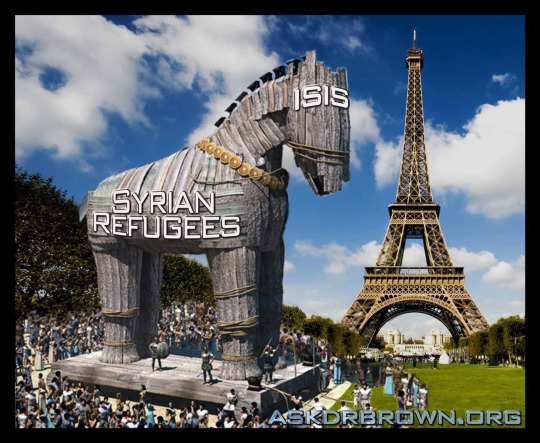 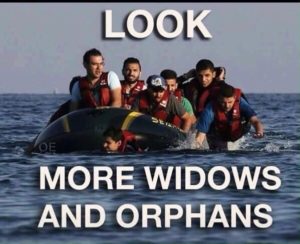 From 5% on, they exercise an inordinate influence in proportion to their percentage of the population. 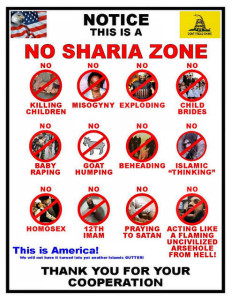 For example, they will push for the introduction of halal food (clean by Islamic standards), thereby securing food preparation jobs for Muslims.They will increase pressure on supermarket chains to feature halal on their shelves — along with threats for failure to comply.

At this point, they will work to get the ruling government to allow them to rule themselves (within their ghettos) under Sharia, the Islamic Law. The ultimate goal of Islamists is to establish Sharia law over
the entire world.

When Muslims approach 10% of the population, they tend to increase lawlessness as a means of complaint about their conditions. In Paris, we are already seeing car-burning. Any non-Muslim
action offends Islam, and results in uprisings and threats, such as in Amsterdam, with opposition to Mohammed cartoons and films about Islam. Such tensions are seen daily, particularly in Muslim sections.

After reaching 20%, nations can expect hair-trigger rioting,  jihad militia formations, sporadic killings, and the burnings of Christian churches and Jewish synagogues. Think what is going on in Turkey now, after the so-called coupe attempt. 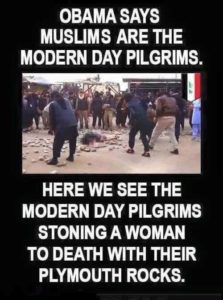 From 60%, nations experience unfettered persecution of non-believers of all other religions (including non-conforming Muslims), sporadic ethnic cleansing (genocide), use of Sharia Law as a weapon, and Jizya, the tax placed on infidels.

After 80%, expect daily intimidation and violent jihad, some state-run ethnic cleansing, and even some genocide, as these nations drive out the infidels, and move toward 100% Muslim.

The Immigration and Nationality Act of 1952

“The Immigration and Nationality Act passed June 27, 1952 revised the laws relating to immigration, naturalization, and nationality for the United States. That act, which became Public Law 414, established 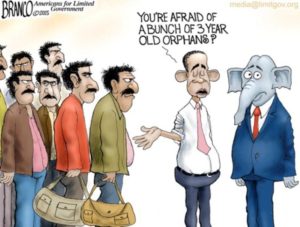 both the law and the intent of Congress regarding the immigration of Aliens to the US and remains in effect today. Among the many issues it covers, one in particular, found in Chapter 2 Section 212, (28), (F) is the prohibition of entry to the US if the Alien belongs to an organization seeking to overthrow the government of the United States by ‘force, violence, or other unconstitutional means.’ This, by its very definition, rules out Islamic immigration to the United States. Islamic immigration to the US would be prohibited under this law because the Koran, Sharia Law and the Hadith all require complete submission to Islam, which is antithetical to the US government, the Constitution, and to the Republic.

All Muslims who attest that the Koran is their life’s guiding principal subscribe to submission to Islam
and its form of government. Whether Islam is a religion is immaterial because the law states that Aliens who are affiliated with any “organization” that advocates the overthrow of our government are prohibited.”

Can a Muslim be a good American?

Theologically – no, because his allegiance is to Allah.

Religiously – no, because no other religion is accepted by His Allah except Islam (Qur’an 2:256). 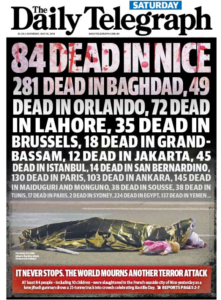 Scripturally – no, because his allegiance is to the five Pillars of Islam and the Qur’an.

Geographically – no, because his allegiance is to Mecca, to which he turns in prayer five times a day.

Socially – no, because his allegiance to Islam forbids him to make friends with Christians or Jews.

Politically – no, because he must submit to the mullahs (spiritual leaders) who teach the annihilation of Israel and the destruction of America, the great Satan.

Domestically – no, because he is instructed to marry four Women and beat his wife when she disobeys him (Qur’an 4:34).

Intellectually – no, because he cannot accept the American Constitution since it is based on Biblical principles and he believes the Bible to be corrupt. 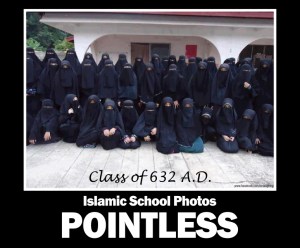 Philosophically – no, because Islam, Muhammad, and the Qur’an does not allow freedom of religion and expression. Democracy and Islam cannot co-exist! Every Muslim government is either dictatorial or autocratic.

Spiritually – no, because when we declare ‘one nation under God,’ we are referring to the Christian’s God and not Allah.

They obviously cannot be both ‘good’ Muslims and good Americans/Canadians; they cannot and will not integrate into the great melting pot of America.*