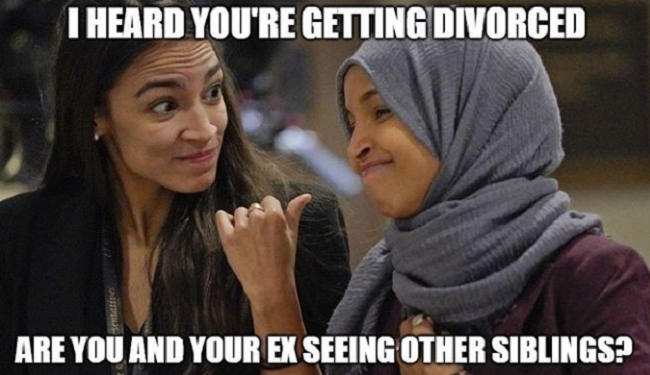 Omar Expects Maury To Clear Up Any Questions Regarding Her Previous Marriages, Credits Elizabeth Warren For The Strategy.

“Ilhan Omar SPLITS with her husband and moves into luxury penthouse as she heads for SECOND divorce with father of her three children,” reports The Daily Mail. 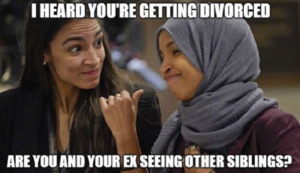 The Minneapolis Star-Tribune wrote in June that it ‘could neither conclusively confirm nor rebut the allegation that (Elmi) is Omar’s sibling.’ Politifact and another myth-busing website, Snopes, came to similar conclusions.

On their marriage application they gave their address as Columbia Heights, Minnesota, but were married 25 miles away in Eden Prairie at a nondescript single-story brick building that houses a county office and a library. 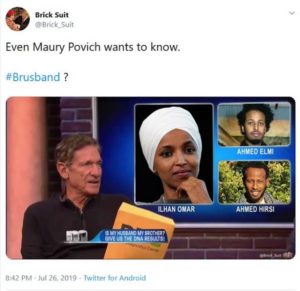 Despite both being Muslim, the ceremony was conducted by Wilecia Harris, a Christian minister. ‘If they had gone to an imam he would have almost certainly have known if they were related,’ one Somali leader in Minnesota said.

That marriage lasted just two years but it was enough to allow Elmi to study alongside his new wife at North Dakota State University.

Records suggest that Omar, Elmi and Hirsi all lived together for at least part of that time.