AOC said, “Calfs are dying in cages on our border. Families are being put in “freezers” & “dog pounds.” All to make a profit on their wings…. 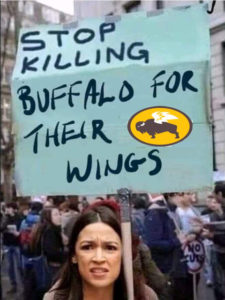 “AOC – All Out Crazy – Alexandria Ocasio-Cortez wants to establish a new Soviet Republic,” 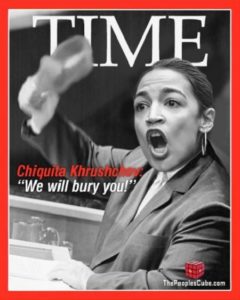 Rep. Alexandria Ocasio-Cortez likes being known as AOC, but a Republican planning to run against the former bartender came up with a new meaning for her moniker.

Valdes is a Republican from New Jersey who plans to move to Ocasio-Cortez’s district in order to oppose her in the 2020 election. He is a conservative radio producer who formerly worked for New Jersey Gov. Chris Christie.