AOCD is Alexandria Ocasio-Cortez’ contribution to the lexicon of the DSM-5 (Diagnostic and Statistical Manual of Mental Disorders).  That condition coupled with Trump Derangement Syndrome threatens to wipe out the Democratic Party by 2020. 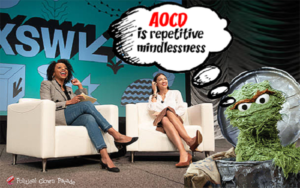 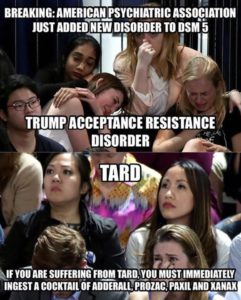 First, we had ‘Trump Deraignment Syndrome’ during the election, and now we have ‘Trump Acceptance Resistance Disorder – TARDS’.  And then, of course, when Trump is reelected to his second term we’ll have the newest iteration of the syndrome, ‘RETARDS’.