Not really.  But can you even imagine what the shitstorm would be like if a Christian entered a Mosque and Beheaded an Imam!!  I’m sure the world would be saying, “Now don’t be hasty, Christianity is a Religion of Peace!” 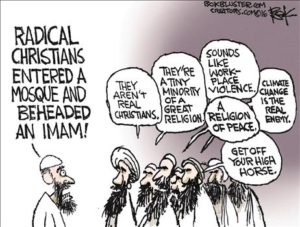 Thanks to the “Feckless” Barack Hussein Obama, John ‘Effing Kerry, Hillary “Rotten” Clinton, Tim “The Corrupt Weasel” Kaine, the Democratic Party, and the fawning Lame Stream Media with their

recklessly insane Immigration Policies, you, too, may soon have a beheading at  your own church, or school, or Shopping Mall.

From the Daily Mail comes the story about, “Islamist knifemen forced priest, 84, to kneel and filmed his death as they slit his throat: Hollande says ‘France is at war with ISIS’ after jihadists storm French church during Mass chanting ‘Allahu Akbar’ “.

The ISIS knifemen who stormed into a church in Normandy filmed themselves butchering an elderly priest after forcing him to kneel – before they performed a ‘sermon in Arabic’ at the altar, a terrified witness has revealed today. 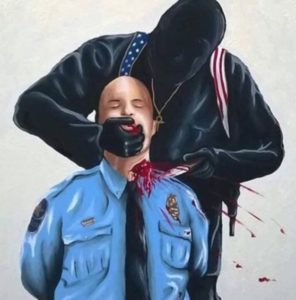 The 84-year-old priest, named as Jacques Hamel, had his throat cut in a Normandy church this morning in an attack that also left a nun critically injured and both jihadis dead.

The two killers, who were both known to French authorities, were shot dead by police marksmen as they emerged from the building shouting ‘Allahu Akbar’. The building was later searched for bombs.

My Bolds added below.

One of the extremists who stormed into the church in Saint-Etienne-du-Rouvray near Rouen during mass was a French 19-year-old named Adel K., 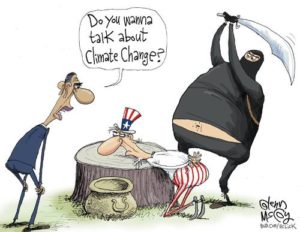 who was being monitored by electronic tag after twice attempting to join fanatics in Syria. Unbelievably, his bail terms allowed him to be unsupervised between 8.30am and 12.30pm – the attack happened between 9am and 11am.

Adel K is understood to have forced the priest to kneel while his accomplice, who also lived locally and was on a terrorist watchlist, filmed the brutal killing.