Or, in his words, “I was present at wreath-laying but don’t think I was involved.”  According to The Guardian,

Jeremy Corbyn said he was present but not involved at a wreath-laying for individuals behind the group that carried out the Munich Olympic massacre, a partial admission that led to a row between him and Israel’s prime minister.

I guess I shouldn't believe my lyin' eyes, then, Jeremy. After-all, you're just "holding" it here, aren't you? pic.twitter.com/nwRUCupwgf

Obama’s new moniker “The Bonz” now shares the spotlight with his newest nickname, Barack “The Backstabber” Obama. Oh, and after the UN Israeli Settlement Vote, Israel’s Prime Minister, Benjamin Netanyahu has an even more appropriate name for “The Bonz”, our “Backstabber In Chief”. 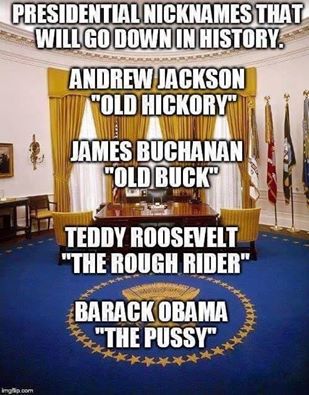