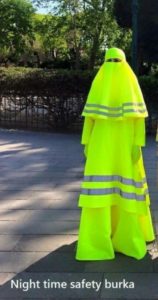 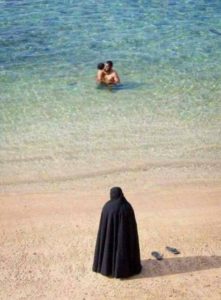 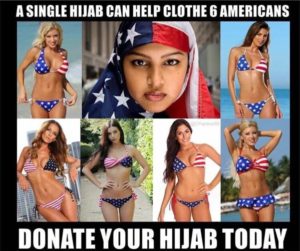 BBC Newsround – “What’s the difference between a hijab, niqab and burka?”

Hijab, niqab, burka – there are lots of different kinds of coverings worn by Muslim women all over the world. 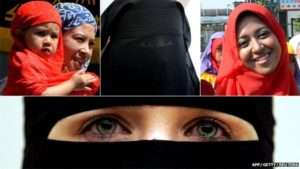 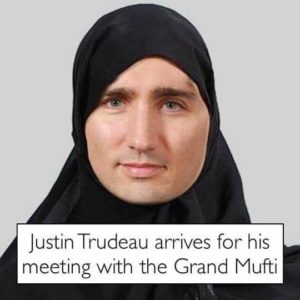 French far-right National Front presidential candidate Marine Le Pen canceled a meeting on Tuesday with Lebanon’s grand mufti, its top cleric for Sunni Muslims, after refusing to wear a headscarf for the encounter.

Le Pen, among the frontrunners for the presidency, is using a two-day visit to Lebanon to bolster her foreign policy credentials nine weeks from the April 23 first round, and may be partly targeting potential Franco-Lebanese votes.

Then we have Justin Trudeau, “Candian PM responds to refugee ban: ‘Welcome to Canada’“, as reported by The Hill. 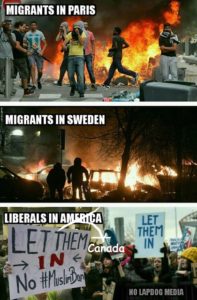 “To those fleeing persecution, terror & war, Canadians will welcome you, regardless of your faith. Diversity is our strength #WelcomeToCanada” Trudeau tweeted. 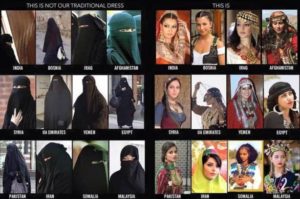 Grab your best burqa and apply in person at your local Hooter’s.

**FakeNewsAlert provided by The Peoples Cube

So where do these ladies reside?  Beverly Hills?  New Jersey?  Atlanta?  Miami?  Riyadh?  Or Medina? 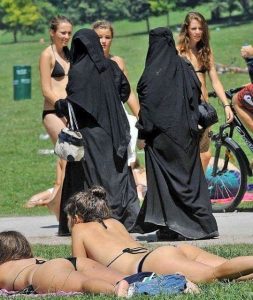 Here’s a simple definition of Anachronism with an appropriate example.

:  something (such as a word, an object, or an event) that is mistakenly placed in a time where it does not belong in a story, movie, etc.

:  a person or a thing that seems to belong to the past and not to fit in the present.