FakeNews CNN’s little attempt at #CNNBlackmail turned into quite the little one car pile-up. One could say they drove their reputation into the ditch.

If FakeNews CNN didn’t like Trump WWF Slamming, do you think they’ll like Trump Incredible Hulk Slamming any better? 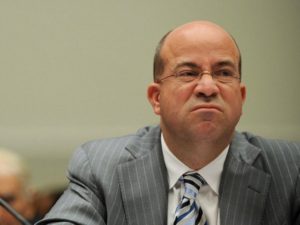 Warning: Trump Derangement Syndrome sufferers should only watch under Adult Supervision. The rest of us, not so much. Reprised here for your viewing pleasure. 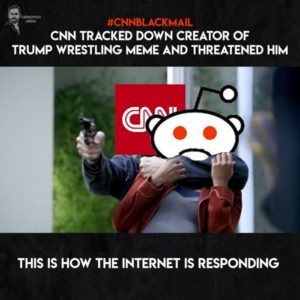 What’s the old saying? If your adversary is digging a hole, don’t take his shovel”. These types of antics by Jeff Zucker’s CNN definitely don’t bode well for anyone’s job security at CNN. The At&T/Time-Warner merger is worth a lot more than the petulant angst of a formerly significant news network trying to get it’s front row seat back at the White House Press Briefing. Imagine. Playing second fiddle to The Gateway Pundit. The horror…

Update #CNNBlackmail – Number 1 Twitter trending hashtags. Will CNN apologize or dig themselves in deeper? Could #ApologizeNowCNN be the next big Twitter trender?

From CNN, “How CNN found the Reddit user behind the Trump wrestling GIF“.

So CNN used it’s substantial assets to locate a reasonably innocuous (and clever) internet troll that just happened to juxtapose CNN’s logo in place of the head of  WWE CEO Vince McMahon, who in turn, just happened to get clotheslined by none other than Donald J. Trump.  A perfect takedown.  A video turned viral.  Up against the wall, troll!  Recant!  Repent!  And promise never to poke fun at FakeNews CNN ever, ever again.  Or ELSE.  SOMETHING BAD WILL HAPPEN…

CNN is not publishing “HanA**holeSolo’s” name because he is a private citizen who has issued an extensive statement of apology, showed his remorse by saying he has taken down all his offending posts, and because he said he is not going to repeat this ugly behavior on social media again. In addition, he said his statement could serve as an example to others not to do the same.
CNN reserves the right to publish his identity should any of that change.