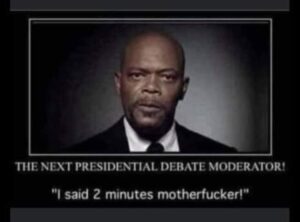 Gateway Pundit–The Commission on Presidential Debates issued a statement Wednesday afternoon that changes are being considered after the unruly debate between President Donald Trump, moderator Chris Wallace and former Vice President Joe Biden in Cleveland, Ohio Tuesday night. During the debate and afterward there were numerous calls by reporters and Democrats to cut off Trump’s microphone to keep him from interrupting and challenging Biden as Wallace lost control of the debate, interrupting and arguing with Trump.