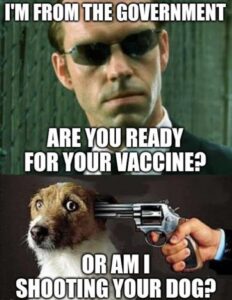 Politico–The Biden administration is casting conservative opponents of its Covid-19 vaccine campaign as dangerous and extreme, adopting a more aggressive political posture in an attempt to maneuver through the public health conundrum.

The White House has decided to hit back harder on misinformation and scare tactics after Republican lawmakers and conservative activists pledged to fight the administration’s stated plans to go “door-to-door” to increase vaccination rates. The pushback will include directly calling out social media platforms and conservative news shows that promote such tactics.