These fine furry friends just don’t understand why us humans have this problem with Winter Storm “Jonas”.  Bring it on…. 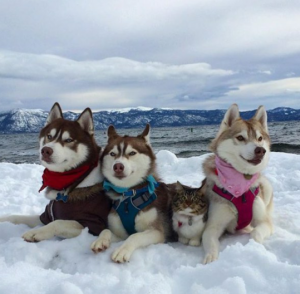 You heard it here first.  Coffee giant, Starbucks, is murdering poor, defenseless polar bear cookies in order to boost sales of its Frosted Snowman cookies.  It must be true because Boston’s own Fox 25 has the story, “Polar bear cookies at Starbucks cause controversy“. 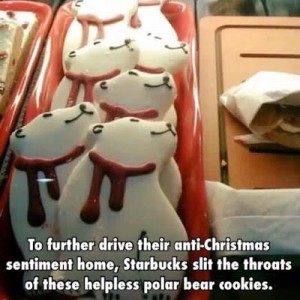 A photo of Starbucks’ polar bear cookies has gone viral, with many saying that the red icing doesn’t look like a scarf, but more like the bears’ throats were slit.