Mistakes Herself For The Myth

A legendary race believed to have descended from Prometheus himself, the bringer of fire. Some believe that the first Ginger was in fact the flame that 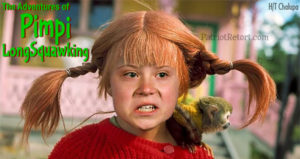 Prometheus handed down to the human race that fateful day. Regardless, since that day, all Gingers have had the fire of Prometheus coursing through their veins, scorching their hair bright red, charring their skin into what are commonly mistaken for freckles when the fire strays too close to the surface.

But most importantly many gingers have a very short temper so it is a fairly good idea to not piss them off.