Head for your ‘safe spaces’ snowflakes, ’cause “The Donald” is gonna lock her up. 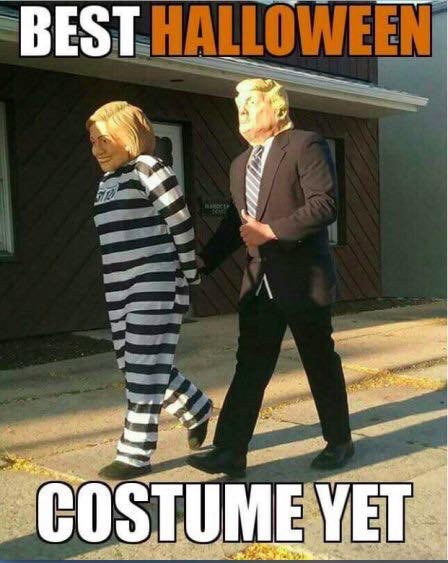 Guaranteed to be the Hottest thing come Halloween 2016, just Eight (8) short days before the Election of the Century. 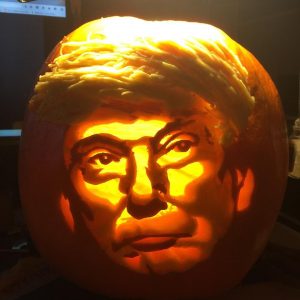 Call me crazy (unless that’s too UN-PC), I thought Halloween costumes by their very nature were supposed to be edgy, stretching  the bounds of good taste.  But no, left to the campus PC Police, it’s plain vanilla for us all.  Did I just step in it with the “vanilla” reference?  Impossible, isn’t it?

According to RT.com, “Colleges are providing costume consultants, flowcharts for Halloween sensitivity“.

Universities are nipping politically incorrect costumes in the bud this Halloween. Some have put up sensitivity flowcharts and flyers with the phone numbers of consultants students can call to make sure their costume doesn’t offend anyone. 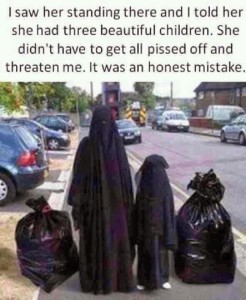 “Unsure if your costume is offensive? Don’t be scared to ask questions,” a State University of New York at Geneseo poster reads, with the contact information of no less than five campus officials listed below.

If that wasn’t enough, Geneseo also provided a flowchart to show them the way of inclusive Halloween partying.

“Check yourself and your friend,” the flyer advises, suggesting that students ask if their costumes “mock cultural religious symbols such as dreadlocks, headdresses, afros, [and] bindis” or “trivialize human suffering, oppression, and marginalization.”

Here’s some smashingly good pumpkin art for your Halloween pleasure.

Do you feel a little nostalgic?

There’s nothing that shows off a great pumpkin better than a sexy thong.

What if the “most interesting” man wore a hockey mask for Halloween.