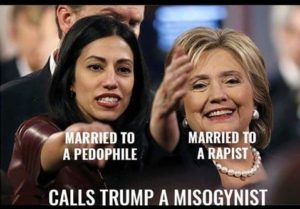 Huma and Hillary decided that FedEx’s rotating furniture worked so well that they outfitted their State Department and Clinton Foundation offices with a complete set.  Can you say political Feng Shui? 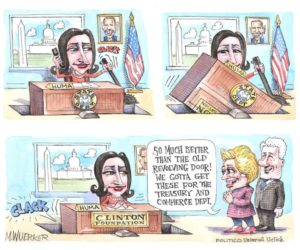 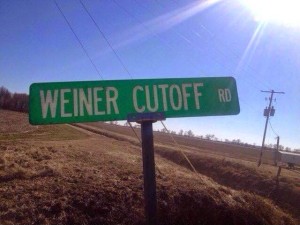 Hillary aide separates from husband just hours after it is revealed he sent photo of his crotch while their four-year-old son slept beside him as child services looks into incident.

Huma Abedin is separating from her husband Anthony Weiner in the wake of his latest sexting scandal.

The Clinton campaign manager released a statement on Monday morning just hours after the New York Post reported that Weiner had been sending lewd texts to another woman behind her back, marking the third time he had been caught in the act in the past five years. 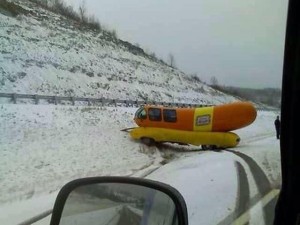 Making matters worse, one of the pictures was of Weiner showcasing his manhood in a pair of boxer briefs while the couple’s four-year-old son Jordan lay asleep next to him in bed.

…has too much time on his hands.  Or can’t keep his weinie out of the ringer.  Or keeps stepping on his dick.  Carlos Danger, the Mongoose, is the gift that keeps on giving as the New York Post is wont to report, “Anthony Weiner caught in new flirty online chat“.

First he was Carlos Danger. Now — in yet another sexting scandal — he’s a randy “mongoose.” 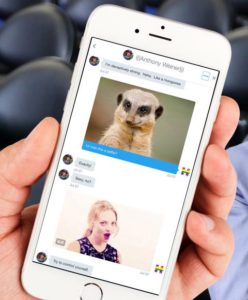 Sext fiend Anthony Weiner boasted of his animal prowess — claiming he was “deceptively strong . . . like a mongoose” — and gave his cellphone number to a college student during a flirty, private online chat on a recent trip to Los Angeles, The Post has learned.

But the joke was on the horndog pol, whose wife, Huma Abedin, is a top aide and close confidante of Hillary Clinton.

The target of his online affection was really a dude.

There’s no coming back for the “Weiner” after Trump slams him at last Wednesday’s mid Democratic National Convention presser.

Number 3 on Politico’s, “The 9 wildest lines from Trump’s news conference“, was this priceless gem about Anthony Weiner, aka, Carlos Danger.

3. On Hillary Clinton receiving classified briefings and Anthony Weiner: “Her No. 1 person, Huma Abedin, is married to Anthony Weiner, who’s a sleazeball and pervert. I’m not saying that, that’s recorded history. I don’t like Huma going home at night and telling Anthony Weiner all of these secrets.”

It just doesn’t get any better than this. If Trump doesn’t win the election, he’s got a real future writing for “Comedy Central”. 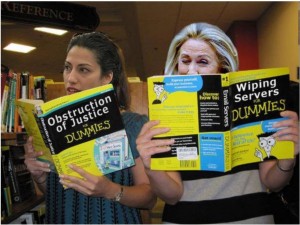 Vote Like Your Freedom Depends On ItNovember 3, 2020
154 days to go.
Scroll back to top
We use cookies to ensure that we give you the best experience on our website. If you continue to use this site we will assume that you are happy with it.Ok