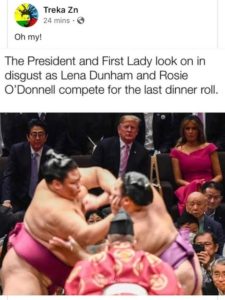 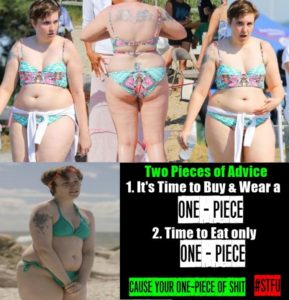 This calls for a second dose of “Eye Bleach”. Eeewww!

If he fails to land that role on Lena Dunham’s “Girls” TV show, Barry O has a fall back plan to become a celebrity spokesmodel for the world’s most recognized feminine hygiene product. 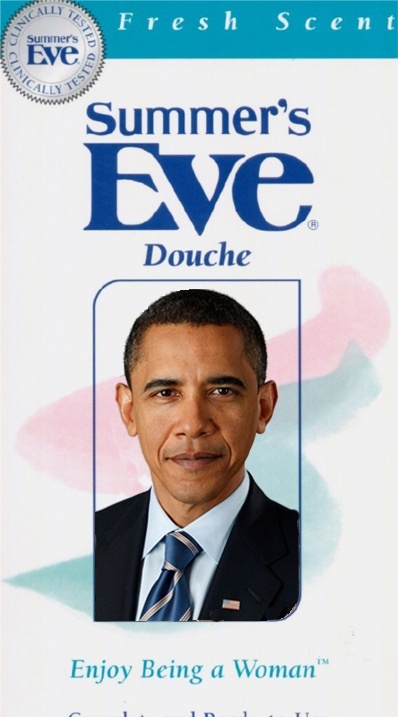 Barack H. Obama, channeling feminist icon, Lena Dunham, sent her this photo in the hopes of landing a role on “Girls”.  As the soon to be ex-president was stuffing the photo into the envelope he was heard saying, “a girls gotta do what a girls gotta due to get by”.