66,000+ People Sign Petition to Stop Jeff Bezos from Returning to Earth After Spaceflight 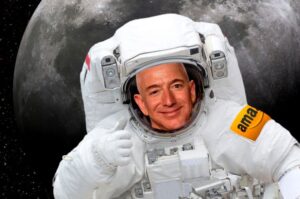 Breitbart–More than 66,000 people have signed two petitions calling to Amazon founder Jeff Bezos to not return to earth after he leaves the planet on a Blue Origin rocket next month.

The petition description states: “Billionaires should not exist…on earth, or in space, but should they decide the latter they should stay there.” Many signatories provided reasoning for their signing, such as “being let back into Earth is a privilege — not a right,” and “Earth don’t want people like Jeff, Bill, Elon and other such billionaires” referring to Bill Gates and Elon Musk.