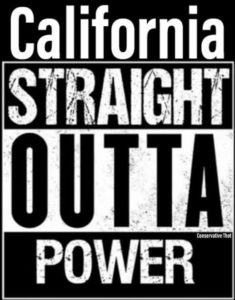 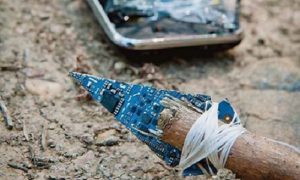 After the Norks or Iran (or both in a combined attack) launch their nukes on a low specifically targeted orbit, the lights go out on the 21st Century. As Newt Gingrich says, “The North Korean EMP threat” would be the “gift package” that could cause World War Z, the Zombie Apocalypse.  Perhaps I took a little liberty with that last, so here’s Newt’s actual quotes.

As I testified at the Senate Committee on Energy and Natural Resources earlier this month, the North Koreans have another offensive option, which they may already be able to execute and would be devastating to the United States – a weaponized electromagnetic pulse.

An electromagnetic pulse, or EMP, occurs when a relatively small but carefully designed nuclear warhead is detonated in the atmosphere. The explosion causes what can best be described as a massive power surge, which can damage or disable electrical devices for hundreds of miles on the ground below. As I told the Senate Committee, such an attack would be catastrophic to the United States because we are an electricity-dependent nation and our grid is ill-prepared to handle it.