You don’t ‘swipe‘, you ‘spin’ to make a connection. 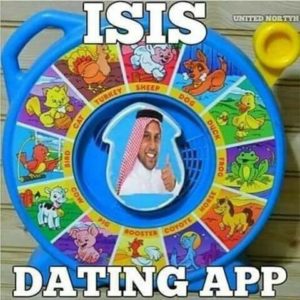 Here’s just a few of the happy hookups made on ZooFriends.

These days, the idea of mingling closely with our evolutionary cousins is best left

to movies like War For the Planet of the Apes, but humans didn’t always feel that way. According to a recent genetic analysis of modern humans, our ancestors who lived in Africa thousands of years ago got it on with early hominin species that weren’t Homo sapiens. Evidence of these carnal trysts, found in samples of their saliva, presents the unpalatable possibility that interbreeding wasn’t just a random occurrence — but the norm.