The squirrel walked away.  So who’s the “smart” one? 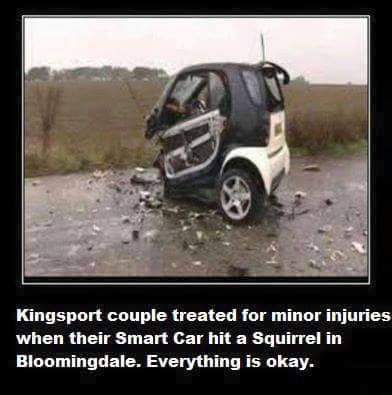 … So little ammunition.  Here John Wayne does to cyclists what we can only dream.

This Daunting Darwin Candidate shows a new way to “grab the bull by the horns.”