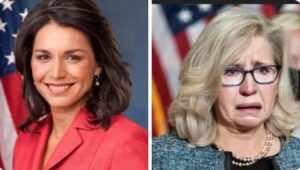 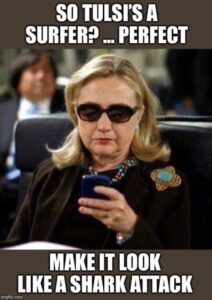 Substack–I love our country. Our God-given rights of freedom, life, and liberty enshrined in our Constitution and Bill of Rights are my inspiration. I answered the call to duty and took an oath, dedicating my life to supporting and defending those freedoms, both in uniform and in public office.
Growing up in Hawaii gave me a special appreciation of our home, water, and precious natural resources. So when I was 21 years old I decided to run for Hawaii State House so that I could be in a position to protect our environment. I wasn’t politically affiliated before that, but as I was about to file my election papers, I had to choose which party to affiliate with.

As I did my research, I was inspired by Democrats who stood up against the war in Vietnam, and those who fought for Hawaii’s plantation workers who were being abused and exploited by wealthy landowners. I was inspired by leaders like Martin Luther King Jr. and Robert F. Kennedy and drawn to the ideals of a big-tent Democratic Party that stood up for working men and women — the little guy. In contrast, the Republican Party seemed like one that stood for the interests of big business and warmongering elites. So I became a Democrat and remained one for over 20 years — an independent Democrat to be sure, but a Democrat nonetheless.

I can no longer remain in today’s Democratic Party that is now under the complete control of an elitist cabal of warmongers driven by cowardly wokeness, who divide us by racializing every issue and stoke anti-white racism, actively work to undermine our God-given freedoms enshrined in our Constitution, are hostile to people of faith and spirituality, demonize the police and protect criminals at the expense of law-abiding Americans, believe in open borders, weaponize the national security state to go after political opponents, and above all, are dragging us ever closer to nuclear war.