Only it’s a ‘reverse’ blackface issue.  Will Smith is too white (light skinned) to play a black, black man. 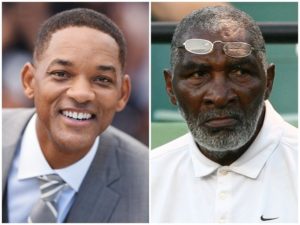 The new film King Richard is facing allegations of “colorism,” as critics say that actor Will Smith’s lighter skin tone does not match the actual skin tone of the character he is cast to play.

Will Smith is reportedly cast as Richard Williams, the father and tennis mentor of Venus and Serena Williams.

Several journalists and cultural critics have accused the film of “colorism” — the idea that between people of color, there are more privileges and opportunities for those with a lighter skin tone.