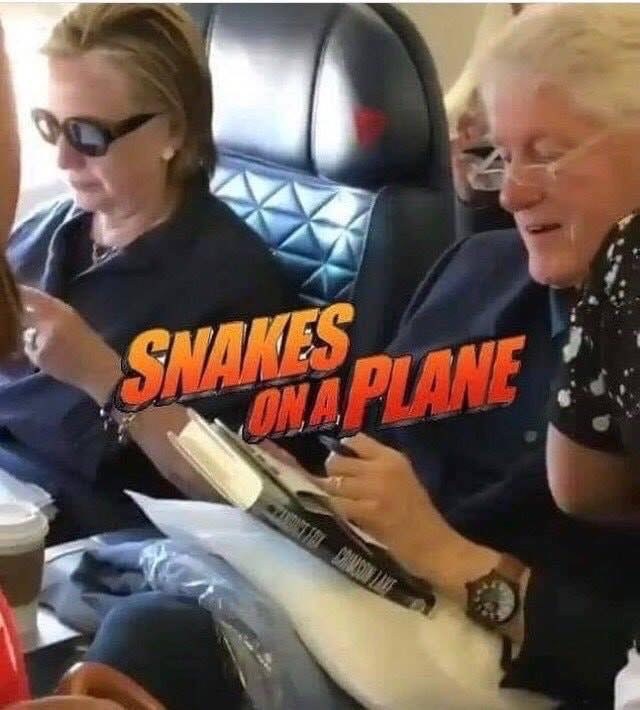 There must be a remake for Samuel L. Jackson’s classic, “Snakes On A Plane” in the works.  It’s still too early to know whether Mr. Jackson will be involved, again reprising his role as FBI Agent, Nelville Flynn, but Bill and Hillary Clinton are said to have already biten on an offer for the lead roles.