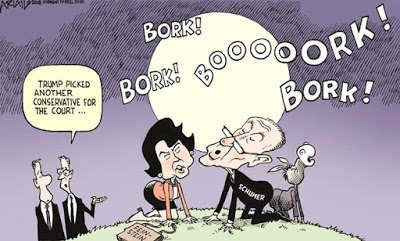 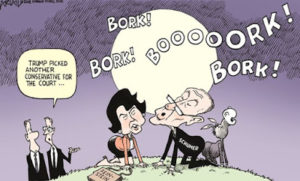 Friday, the Senate Judiciary Committee wrapped up four days of hearings on the Supreme Court nomination of Judge Brett Kavanaugh. The committee is likely to vote on Kavanaugh in about two weeks.

And nothing in this week’s often partisan-squabbling, protest-interrupted spectacle has changed the likely outcome: a party-line vote in favor of Kavanaugh’s elevation to the high court.

**bork [bawrk]
Word Origin
verb (used with object)
to attack (a candidate or public figure) systematically, especially in the media.

Origin of bork
1988, Americanism; after Judge Robert H. Bork, whose appointment to the Supreme Court was blocked in 1987 after an extensive media campaign by his opponents