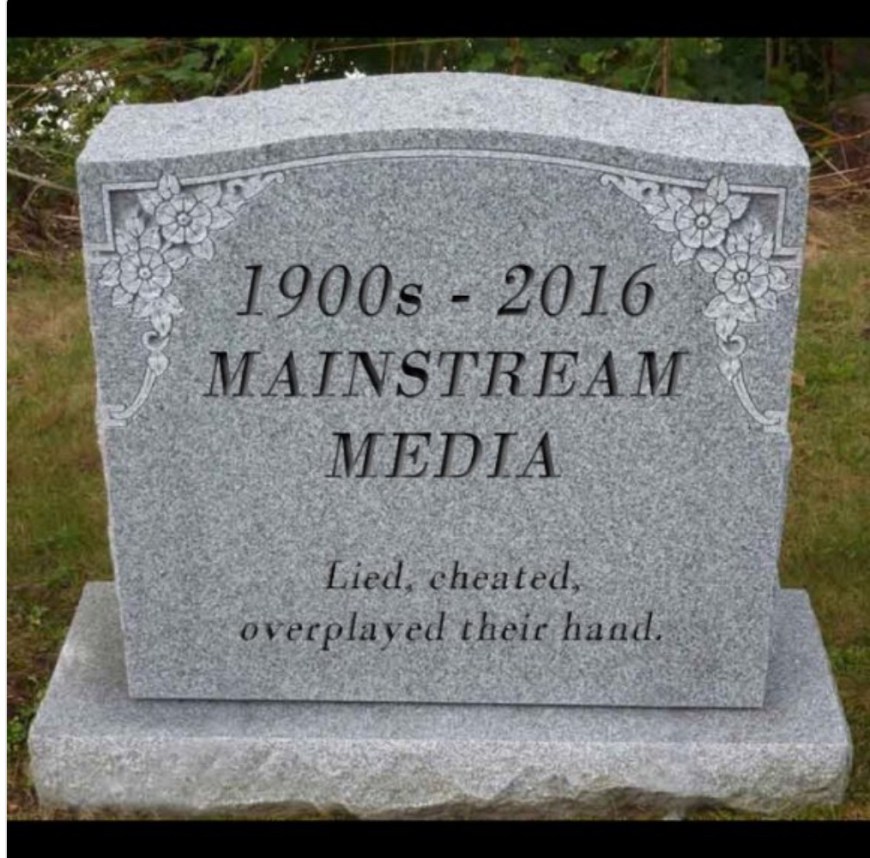 The Liberal world is spinning off it’s axis as FoxNews reports that the “New York Times publisher vows to ‘rededicate’ paper to reporting honestly“.  Honestly.

New York Post columnist and former Times reporter Michael Goodwin wrote, “because it (The Times) demonized Trump from start to finish, it failed to 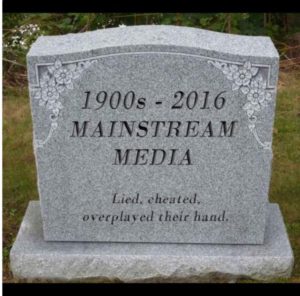 realize he was onto something. And because the paper decided that Trump’s supporters were a rabble of racist rednecks and homophobes, it didn’t have a clue about what was happening in the lives of the Americans who elected the new president.

Sulzbergers letter was released after the paper’s public editor, Liz Spayd, took the paper to task for its election coverage. She pointed out how its polling feature Upshot gave Hillary Clinton an 84 percent chance as voters went to the polls.

She compared stories that the paper ran about President-elect Donald Trump and Clinton, where the paper made Clinton look functional and organized and the Trump discombobulated. 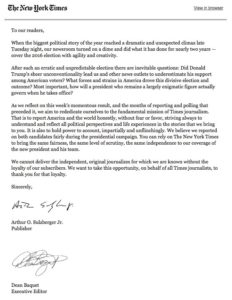