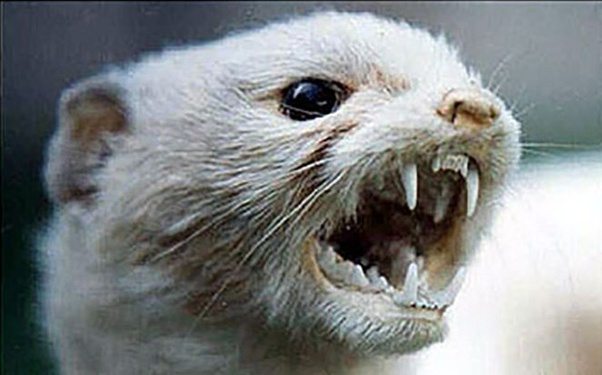 Jeff Goldberg’s article “The Obama Doctrine“, in the April 2016 edition of The Atlantic magazine states that Barack Obama called the state of Libya a “Shit-show”.  No big deal, right?  And it was no big deal

because you didn’t have a ‘shit weasel’ like Senator Dick Durbin trying to score political points and sabotage the negotiations for DACA reform. Durbin proves, again, why you can never trust a Democrat to negotiate in good faith or to adhere to the terms agreed.  Nothing should ever be done without the equivalent of a “Contractors Holdback”.  So here’s what Goldberg wrote, quoting Obama,

“So we actually executed this plan as well as I could have expected: We got a UN mandate, we built a coalition, it cost us $1 billion—which, when it comes to military operations, is very cheap. We averted large-scale civilian casualties, we prevented what almost surely would have been a prolonged and bloody civil conflict. And despite all that, Libya is a mess.”

Mess is the president’s diplomatic term; privately, he calls Libya a “shit show,” in part because it’s subsequently become an isis haven—one that he has already targeted with air strikes. It became a shit show, Obama believes, for reasons that had less to do with American incompetence than with the passivity of America’s allies and with the obdurate power of tribalism.