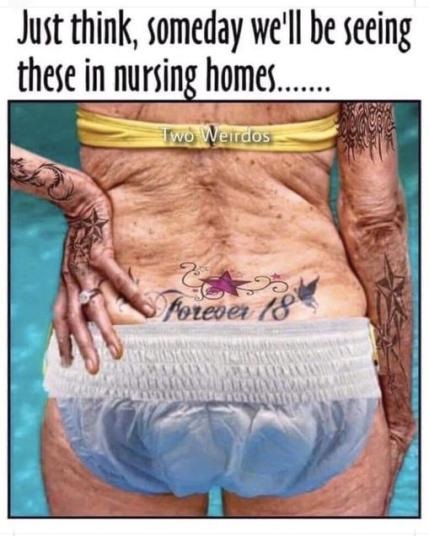 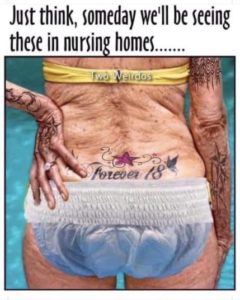 “As tattoos become more popular,” reads a headline in The International Herald Tribune over an article by Natasha Singer of The New York Times, “so does ‘tattoo regret.’ ”

In Brisbane, Australia, The Sunday Mail warned last year: “Think before you ink. That’s the message skin experts are preaching as ‘tattoo regret’ booms.” It reported that a Queensland athlete – embarrassed about a smiling devil’s face etched on his back – complained in rhyme of suffering “severe tattoo-rue.”

‘Bad ink’ and adult diapers…  I think Safire nailed that one.