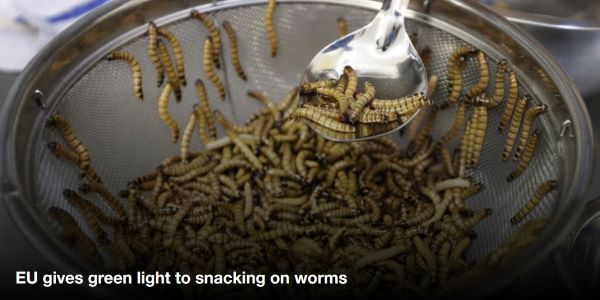 Sure, 2020 was rough on restaurants and food stands, but 2021 is stacking up to be a bountiful year for crunchy snacks. 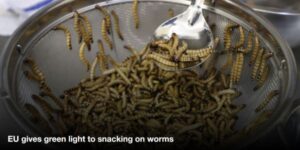 NewsTalk–The European Food Safety Agency (EFSA) has given the green light to snacking on worms.

These mealworms could be used as a protein-rich snack, or an ingredient for other foods.

Environmentalist Dr Cara Augustenborg told The Hard Shoulder this is the way our diets are moving.

“They’re the kind of worms you would feed if you have a turtle or a protein-eating fish.

“They’re very small worms, very crunchy and can be served roasted or mixed into a smoothie.”

She said the EU is also looking at other edible insects, such as crickets.

“We know that the plant-based and alternative meats industry has grown enormously over the last decade, and edible insects are part of that because they’re very protein and vitamin-rich – and they can serve as an alternative source of protein.” 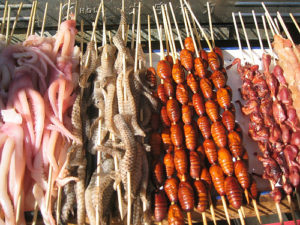 Dr Augustenborg said these are sold in specialty shops or online.

“I have done some baking with cricket flour in the past, which is actually quite tasty.

“Or you can buy these unblended… freeze-dried insects – and you can roast them and mix them into salads, or season them with salt and vinegar and use them as a snack.”

She said this is not as unusual as people think.

“A third of the world eats insects on a daily basis, so this is not new to other parts of the world – though it is obviously something we don’t do in Europe”.

She said this is down to the type of insects we have here.

“We don’t tend to have a lot of large insects like locusts or grasshoppers.

“So in other parts of South-East Asia and Africa, they have had a tradition of having these large insects that makes sense to farm or to harvest”.

“Locusts are taking over large parts of Africa right now… so we could certainly be looking at those kind of insects that we consider pests.

“And actually by eating them, we kind of create a market for them”.

“There’s really no drawback once you get over the psychological fear”.

That’s easy for you to say, Doctor.