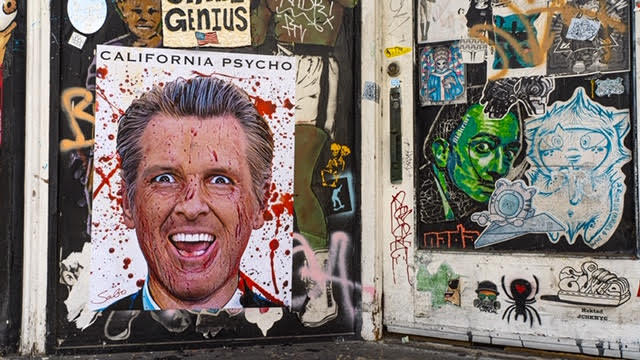 Jeez!! His teeth are really ‘California’ white.  Do you think the Governor’s Dentist opened the Office up special?  Or maybe just made a housecall?

Breitbart–Another poster mocks social distancing snitchers with a scene from the 1978 movie Invasion of the Body Snatchers, retitled Invasion of the Snitchers and featuring actor Donald Sutherland wearing a mask.