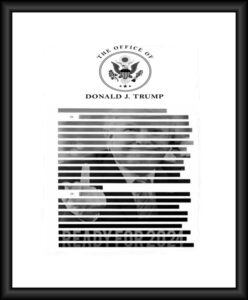 After Donald Trump’s Mar-a-Lago estate in Florida was raided by the FBI, he posted an apocalyptic new ad on his social media platform warning America is in decline and “a failing nation.”

Despite the unprecedented tyranny of Joe Biden”s political Department of Justice, the former president assures Americans, “The best is yet to come.”