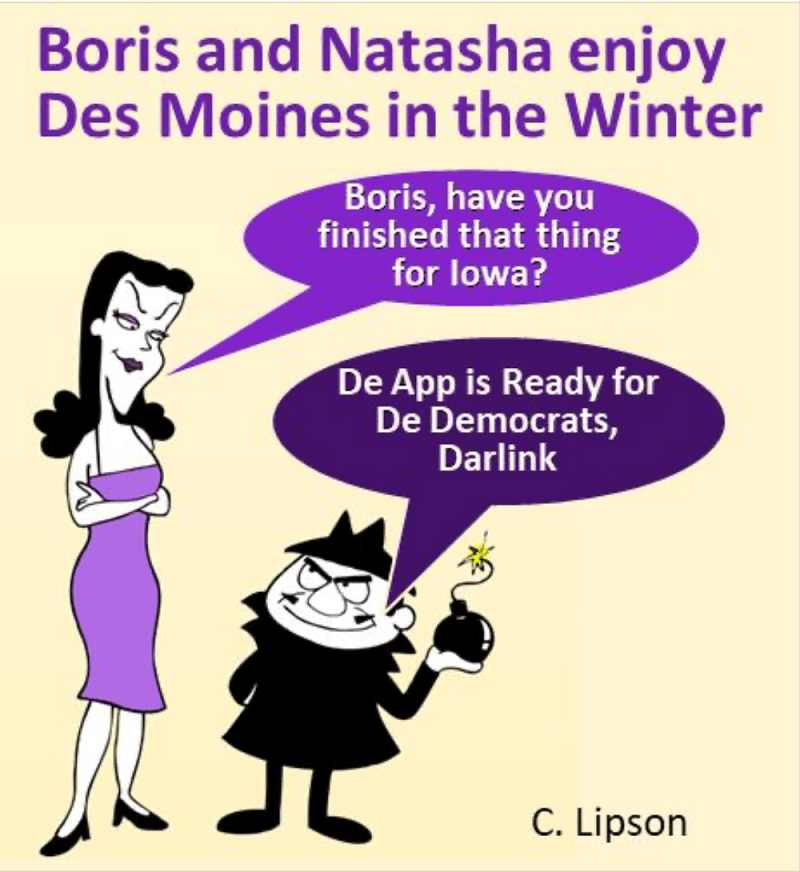 That was fun, Boris. Let’s go check out the granite in New Hampshire.  We need some new ‘counters‘, don’ t we tovarisch? 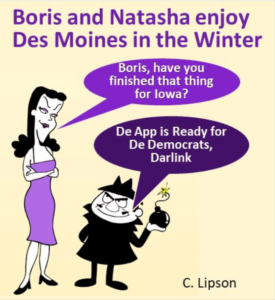 A top Democratic official said Thursday he had warned Iowa Democrats last month against using an untested app to transmit returns in the Iowa caucuses, whose results were thrown into further disarray as the party’s national leader called for a recanvass.

That warning, which has not been previously reported, raises new questions about the decision-making of the Iowa Democratic Party in planning for its high-stakes caucuses, which have been engulfed in uncertainty since the app broke down on caucus night. A spokeswoman for Price said the state party chairman did not remember such a call.