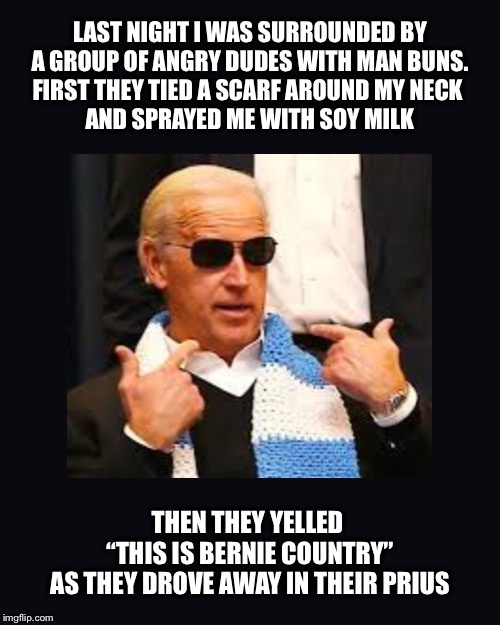 Yeah. And he got arrested with Nelson Mandela, too.

In the case of the former vice president’s recent claim that he was arrested in South Africa in the late 1970s for attempting to meet with then-imprisoned Nelson Mandela, Biden almost certainly lied, according to his own staff.