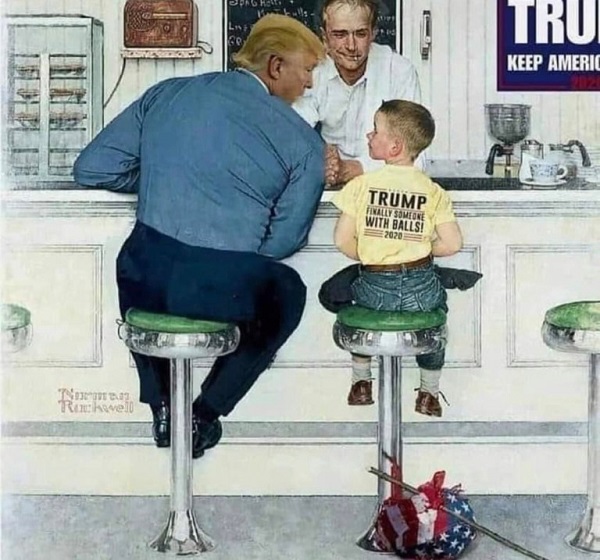 Isn’t it amazing how prescient Norman Rockwell was when he painted “The Runaway” in 1958? 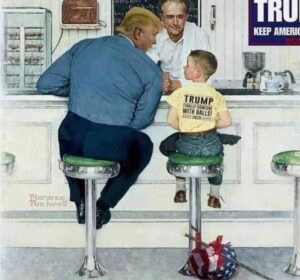 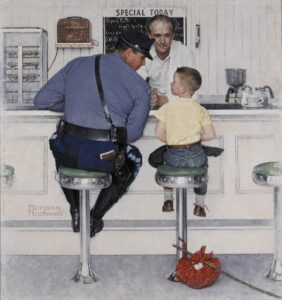 MassLive–The Massachusetts State Police announced on Monday the passing of retired state trooper Staff Sgt. Richard J. Clemens Jr. in New York State, where he lived for many years in his retirement.

Clemens, who retired in 1975, remains one of the most recognizable figures in the history of the state police. In 1958, he was the state trooper depicted in the 1958 Norman Rockwell portrait titled “The Runaway.”

The portrait, one of Rockwell’s many paintings that graced the cover of the Saturday Evening Post, shows a state trooper seated at a lunch counter talking with a young boy. At the boy’s feet is a knapsack and it is clear he is preparing to run away from home.