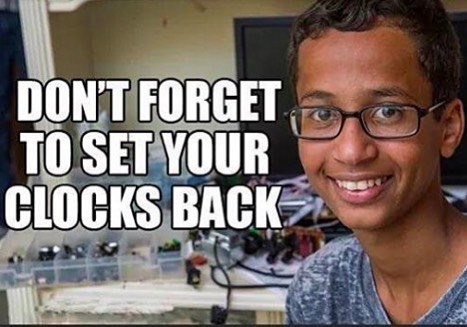 Clockboy says that he has been forced to do these stupid PSA’s for peanuts every since his lawsuit was thrown out, “Clock Boy shut down again, hopefully for good,” reports The Washington Times.

America — just lost yet another of his family’s court cases. And for the love of God, please let this be the last.

That was when little 14-year-old Mohamed brought to class a homemade clock that by all appearances resembled a bomb. And by resemble, it’s meant, the device was a jumble of wires and pieces of metal assembled in a briefcase, complete with what appeared to be timer.