Could this also be the origin ot the “Butterfly Effect” Theory?  Umm….Maybe not.  That would be like stretching a meme a mile too far.

Here’s proof that the Washington Post’s Editorial Board presided over the Salem Witch Trials.  Their headline, “Another hurricane is about to batter our coast. Trump is complicit.”  Get the charcoal lighter and get those fires started. 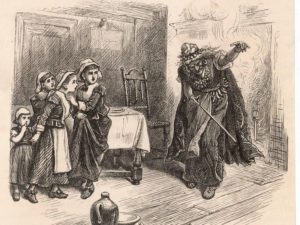 YET AGAIN, a massive hurricane feeding off unusually warm ocean water has the potential to stall over heavily populated areas, menacing millions of people.

Yet when it comes to extreme weather, Mr. Trump is complicit. He plays down humans’ role in increasing the risks, and he continues to dismantle efforts to address those risks. It is hard to attribute any single weather event to climate change. But there is no reasonable doubt that humans are priming the Earth’s systems to produce disasters. 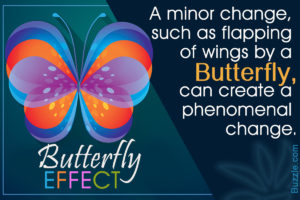 President Trump blaming the current spate of hurricanes on Jeff Bezos. Bezos is obviously responsible because of the ‘Butterfly Effect‘ caused by all of those bazillions of Amazon packages droning through the ether. Now that’s real science that the WaPo can use to hawk it’s spew.