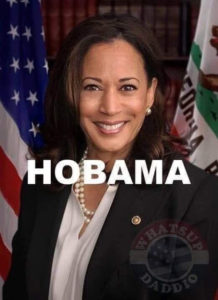 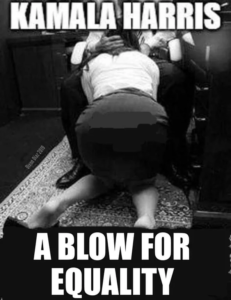 As speaker of the California State Assembly from 1980 to 1995, Willie Brown was by far the Golden State’s most powerful shot-caller. In 1994 Brown, 60, met Kamala Harris, a full 30 years his junior, and she became “the Speaker’s new steady,” Brown’s “girlfriend” and “frequent companion.” The two-year relationship worked out well for Harris.

Willie Brown appointed Harris to the state Unemployment Insurance Appeals Board, which paid $97,088 a year. She served six months and Brown then appointed her to the California Medical Assistance Commission, which met only once a month but paid Harris $72,000. Call it “poontronage,” a politician’s appointment of his steady girlfriend, frequent companion, and main squeeze to a lucrative government position requiring little work.