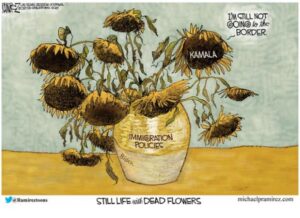 For a side-by-side comparison, the first photo is from my trip to the border in 2019–the second is from today. Plenty of space to walk around and safely spread out. Tell me this isn’t a crisis. https://t.co/ING6lsNYor pic.twitter.com/ujQXNxkQKD

Was it the ‘Special’ Amazon package rate, AOC? The cost of a First Class stamp, or Donald Trump putting Mailboxes in cages? 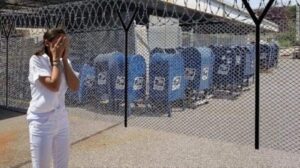 Or as RedState notes, “AOC Beclowns Herself By Begging To Be Sworn In At Congressional Hearing, Repeats Wild Claims Without Evidence.”

This stems from wild claims that AOC made a few weeks ago involving her visit to a border facility in El Paso, TX. While there, she claimed not only that the Border Patrol agents 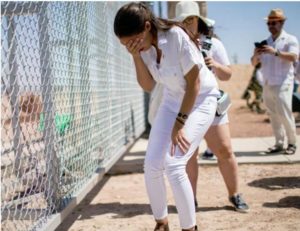 physically and sexually threatened her, but that she witnessed a woman being told to drink out of the toilet.

As per usual with the freshman Congressional member, this all turned out to be nonsense. Later, we would learn that she didn’t even actually enter the actual detention facility, instead choosing to stage a photo-op by verbally abusing the guards and then insisting she stay with a family at the beginning of the tour. At no point did she actually witness someone being told to drink out of the toilet and we’ve still yet to hear the names of these agents who supposedly threatened her.

Just as Ray.  Ray knows…. but he won’t be able to tell you until he stops laughing.

It’s great to see that AOC’s “Border Concentration Camp Angst” is getting the attention it deserves. Truth be told, Hollywood is considering creating a ‘Special Oscar Category’ just for her.  Now that gives new meaning to Red Carpet doesn’t it. 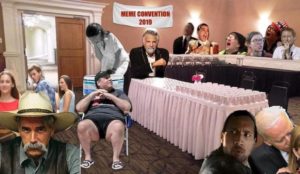