Tina Forte, a Bronx born New Yorker who is running to take on AOC in the 2022 elections is known to many for her unfiltered videos on social media slamming New York Democrats who have turned the Empire State into a crime-ridden cesspool of Marxism.

Eeewww!!  If the quality of her governance is anywhere near the ‘quality’ of her face-maskery, then we’re all gonna die… 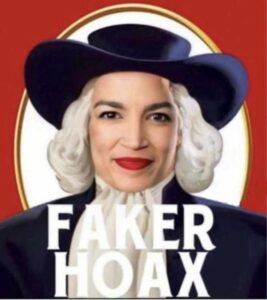 Quaker Oats said Tuesday that its Aunt Jemima brand pancake mix and syrup will be renamed Pearl Milling Company. Aunt Jemima products will continue to be sold until June, when the packaging will officially change over.

Quaker Oats, a division of PepsiCo Inc., had announced last June that it would retire the Aunt Jemima brand, saying the character’s origins are “based on a racial stereotype.” A former slave, Nancy Green, became the first face of the pancake products in 1890.

Goodbye Aunt Jemima. We barely got to know ye. 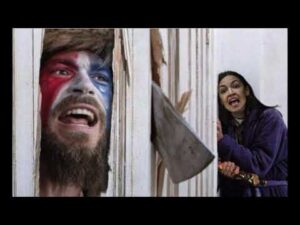 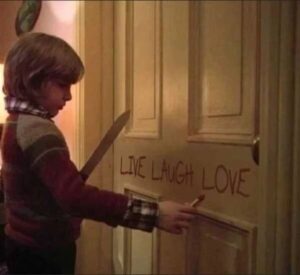 When you’re a ten minute walk from the protest action… 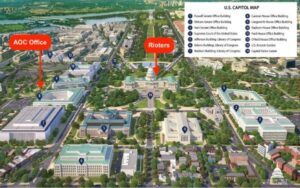 but see it on TV…

You just can’t help breaking down from the stress of seeing a ‘Red Hat’, or… 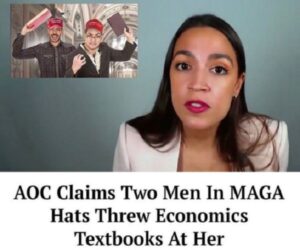 From “that murderer“, Ted Cruz, pointing a finger at you. 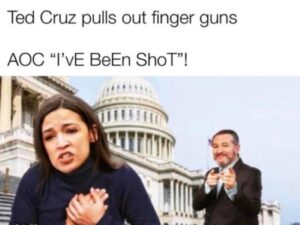 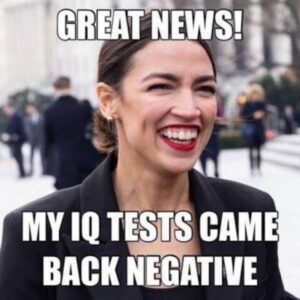 What does dog walking have to do with Socialism, one might ask? 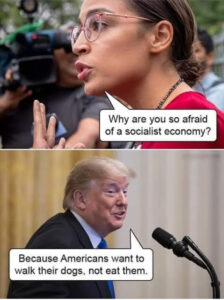 If Dr. Sowell didn’t say it, he thought it. 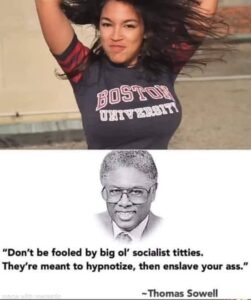